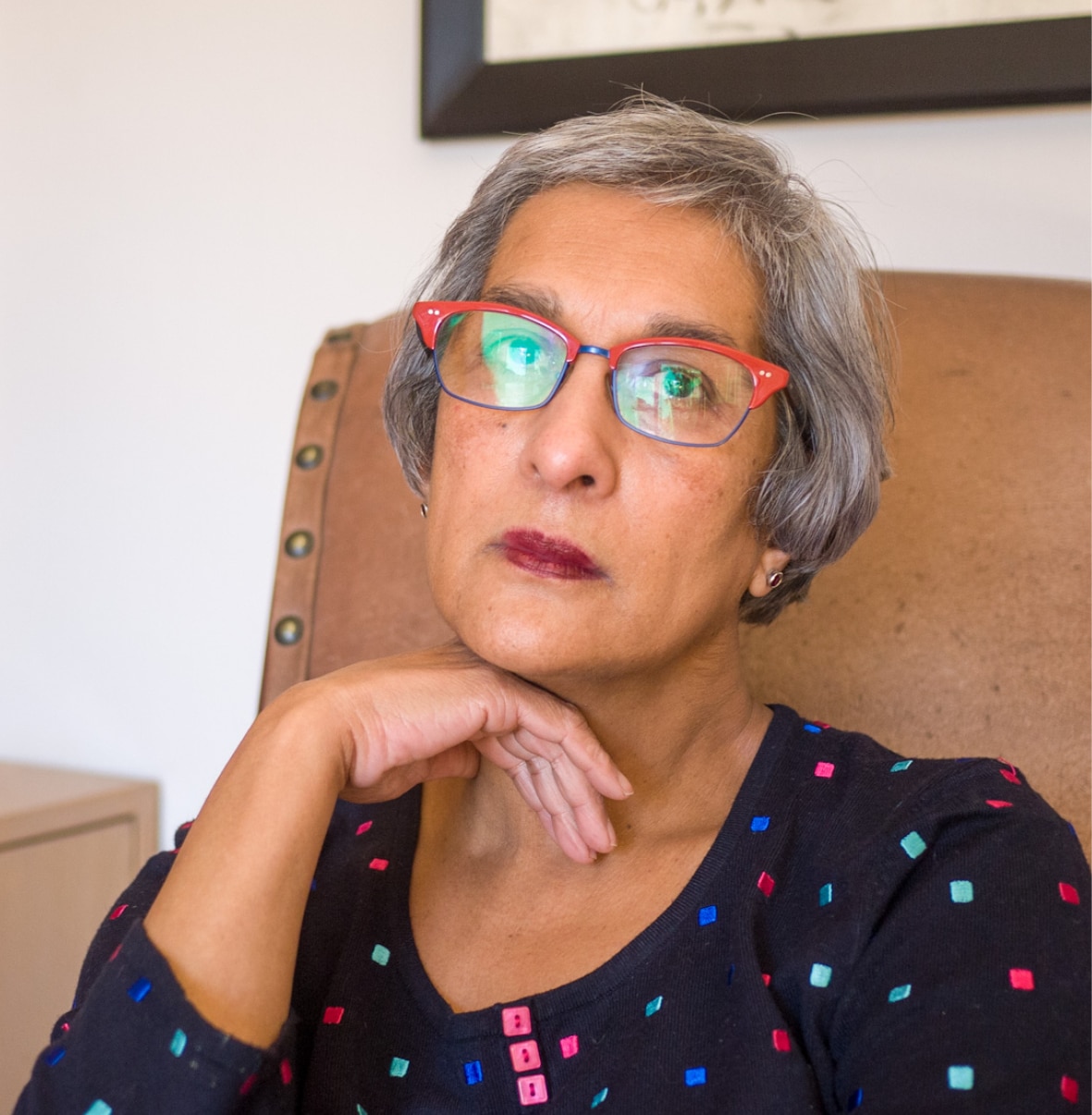 Co-founder and CEO of Grounded Media

Coco, daughter of well-known anti-apartheid activist Amina Cachalia, holds an MA degree in social history from the University of Essex, and has vast experience in public relations and communications. She is the CEO of Grounded Media, an independent specialist communications company with expertise in the social development sector. The company produces communications for a variety of clients, including government departments, NGOs, and the corporate sector.

I’m the daughter of two ANC stalwarts who, from a very early age, instilled in my brother and me a strong sense of social justice, gender equality, and anti-racism. These values were firmly embedded in our lives. As I grew older, I began to witness first-hand some of the injustices that were being perpetrated against black people in general, against my parents, and other members of our family and their friends who were involved in the struggle against apartheid.

We grew up under apartheid and felt its impact on our daily lives; for example, when I was 13 years old, and my brother and I were sent to a boarding school in Swaziland because my father was very clear that he didn’t want us to go to racially segregated schools in South Africa. A year down the line, there was a threat that our passports would not be renewed, so my parents had to make the difficult decision to send us to London to live with my aunt and uncle, who had moved there after leaving on an exit permit, also for political reasons.

I was very close to my cousins and my aunt and uncle, so, at one level, it was like going from home to home. However, although we were a very close-knit family and while my parents kept in touch with us all the time, being separated from them at an early age was not easy, especially as they were both banned and my father was under house arrest, so they were not able to visit.

After finishing my A-levels in 1976, I came back to South Africa, because, in my youthful exuberance, I felt I needed to come back to see what role I could play in the struggle. I studied history and politics at Wits, starting in 1977, and obtained an honours degree in history and politics. I was involved tangentially with political organisations like the Black Students Society at university. Subsequently, overtures were made that I join the underground movement operating from across the border. However, I chose not to do so, because I thought the best way that I could make a contribution was through working in organisations building alternatives to apartheid.

After university, I first worked as a volunteer for the General and Allied Workers Union, which was part of the emerging trade union movement. I then got a job in an oral history project at the South African Institute of Race Relations (SAIRR). This involved establishing the Institute’s archives and interviewing and documenting the role of key political figures who had been involved in the struggle against apartheid in the 1950s and 1960s. Subsequent to that, I worked at the South African Committee for Higher Education (SACHED), an NGO involved in alternative education. I worked on the labour and community education project LACOM. I left SACHED soon after the first democratic elections, in 1994, to join Kagiso TV and Communications, the precursor to Grounded Media, focusing on educational television.

The thread throughout my working life has been my commitment to working in the social justice space to enable communities through education and the provision of information to uplift themselves. This continues, and is very fulfilling.

Although a media company, Grounded Media’s focus is on the social impact of communications in the context of contributing to community development. We work on issues that impact on improving the day-to-day lives of communities. I find this both fulfilling and inspiring.

Being a young woman in business in South Africa can be a challenge. My partner, also a woman, and I were brought on by the Kagiso Group to help run the company when their mandate changed after apartheid ended. The idea was that they were going to form businesses, the profits from which would then be channeled back into the community. This was a great idea; however, my partner – Leora Rajak – and I were never really taken seriously by the men in the organisation.

We did incredibly well and got off the ground very quickly. We never really needed major shareholder loans, but we were always kind of patted on the back because we were two young girls doing a good job. We weren’t taken all that seriously as business people, even though these were very enlightened and progressive people, and this was a challenge. It was definitely a boys’ club, and it was hard to break into that, but we continued on our trajectory, and, eventually, I bought out the Kagiso Group and it became Grounded Media.

The other challenge was a very practical one. As I said, I come from a background of social activism and social impact, and it was challenging in the beginning to find a balance between social impact and business. My partner taught me how to do this, and that’s what brought me and Grounded Media onto a different trajectory. She left the business 12 or 13 years ago, and I have learnt much since. The company has continued to do really well.

First, find your passion. If you are passionate about what you do, other things will fall in place. My second piece of advice is to fight for your space to be taken seriously in organisations and the corporate world. Although women are doing much better than men educationally – there are more young women than men going to university – women remain under-represented in senior positions in organisations and the corporate world. So take that bull by the horns and push the boundaries to break through that glass ceiling. Although the legislation is in place to further gender equity, it is not sufficient on its own. It requires pushing and fighting to give effect to the legal framework for gender equity.

The first is that I have created many jobs over the last 23 years of Grounded Media’s existence. I have a staff retention rate of over 60%. The average number of years that people stay in the company is between 12 and 14 years, which is a major achievement. I’ve seen women have children and then continue to grow and develop in the company. I am proud that so many women have passed through the company and gone on to bigger and better things, and have probably done better than I have. I’m proud that I gave them the opportunity to go forth into the world.

The second thing I’m proud of is that we are a woman-dominated company — we’re about 90% women, and the fact that I’m a woman leader in the company has had a direct impact on that.

The third thing I’m proud of is bringing up my sons, two young men. I hope I am providing a role model as a strong woman, both in the home and in the workplace, and that they learnt from that. I hope they, in turn, deal with women who are strong in the home and the workplace in the way they deal with their mother.

My first wish relates to your previous question about what advice I would give to young girls. The first is to get an education, which is no longer the barrier that it was in the past, as indicated by the fact that there are more women than men going to university. I’m hoping that the conditions in homes are changing sufficiently that girls are not put in second place to the boys. This leads to the second wish, which is women’s financial independence. If you’re financially independent, whether you’re a young girl in the township, in the rural area, or a middle-class young woman, financial independence gives you agency and gives you the ability to be less reliant on men. So, financial independence is a really, really important thing for me. The two go together — if you are educated and able to move into a position where you are financially independent, there will be fewer constraints on your life.